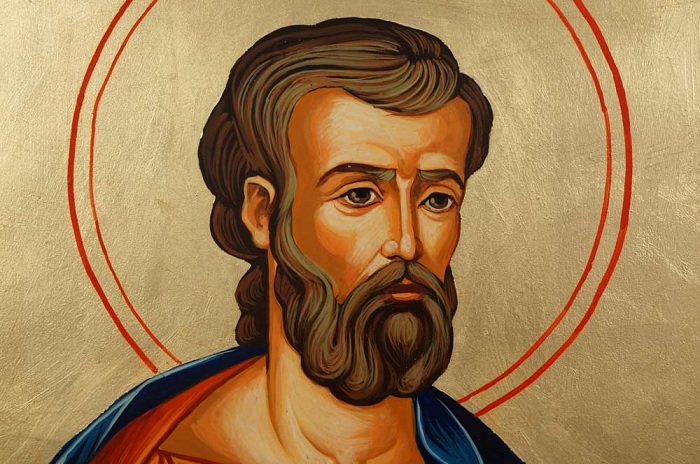 I’m not crazy, and I well know that the Evangelist mark lived two thousand years ago, and yet, I perceive him as our contemporary. It’s surprising, but true. Where did I get this idea from? From Mark’s Gospel. Of course, it can’t be explained here with two or three quotes from the Gospel. You need to see the Gospel as a whole, which is not very difficult.

Look at how dynamic the Gospel of Mark is, just like our life now. One event in it is replaced by another, one after another, and all of this without any pause, without delay; but there is no hustle and bustle in sight. At the same time, there is a tangible, high degree of dynamism in all the descriptions. Therefore, a strong bond is maintained between the rapidly advancing Gospel events. Separate stories are quickly lined up in a sequence of events as Christ’s chosen path, and not scattered in a flash before the reader as incoherent episodes from the life of ancient eastern cities.

It has long been noted that we so often encounter the word “immediately” in the Gospel of Mark. Where another would have used the word “then,” the Evangelist Mark writes “immediately.”[1] A dense chain of events is as if yet more compressed by this word.

From the very first lines of the Gospel, the reader falls into a rapid stream of sacred events: And it came to pass in those days, that Jesus came from Nazareth of Galilee, and was baptized of John in Jordan. And straightway (εὐθὺς) coming up out of the water, he saw the heavens opened, and the Spirit like a dove descending upon him: And there came a voice from heaven, saying, Thou art my beloved Son, in whom I am well pleased. And immediately (εὐθὺς) the Spirit driveth him into the wilderness (Mk. 1:9-12).

For modern man these close narratives are in an action style, and wholly pregnant with activity. This is why the Gospel of Mark appears so modern. St. Mark is trying to tell ever-hurrying people about the most important thing, without details, and without anything that could be cut out.

What is the central point in the Gospel? We can answer succinctly: Christ walked through death and resurrected—that is the main thing. It’s not surprising that all four Gospels end with the disciples’ encounters with the risen Savior, but they all begin differently. The apostle Matthew first introduces us to the genealogy of Christ and recalls the Nativity. St. Luke begins earlier, with some backstory, telling about how the Forerunner of Christ appeared into God’s world by the prayers of his pious parents. The Evangelist John opens his prologue with the pre-eternal existence of the Word of God, only then speaking about the incarnation of the Word of God.

The most “late” beginning is in Mark, where he describes how St. John the Forerunner baptized the Lord Jesus in the Jordan. From the first words of the Gospel, Christ is already of age and has embarked upon His ministry. We find out how Christ called His apostles, drove out demons and performed healings already in the first chapter of Mark: And immediately his fame spread abroad (ἐξῆλθεν ἡ ἀκοὴ αὐτοῠ εὐθὺς) throughout all the region round about Galilee. And forthwith, when they were come out of the synagogue, they entered into the house of Simon and Andrew, with James and John. But Simon's wife's mother lay sick of a fever, and anon they tell him of her. And he came and took her by the hand, and lifted her up; and immediately the fever left her (Mk. 1:28-31). Compare this with the first chapter of Matthew, Luke and John—there’s a big difference.

The Gospel of Mark differs from the other Gospels in terms of the “distance” from the beginning of the good news until its bitter end. It is the most laconic. Even in the tailpiece of Mark’s Gospel things proceed in a special manner, not as with the other apostles. The Gospel of Mark has a so-called short ending in the most ancient manuscripts. 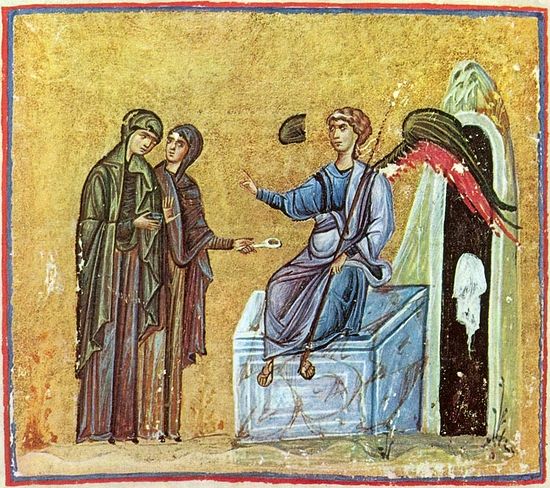 What is this ending? It is when the Gospel of Mark reports to us with his last words about the coming of the Myrrhbearing Women to the Tomb of the Lord: And entering into the sepulchre, they saw a young man sitting on the right side, clothed in a long white garment; and they were affrighted. And he saith unto them, Be not affrighted: Ye seek Jesus of Nazareth, which was crucified: he is risen; he is not here: behold the place where they laid him. But go your way, tell his disciples and Peter that he goeth before you into Galilee: there shall ye see him, as he said unto you. And they went out quickly, and fled from the sepulchre; for they trembled and were amazed: neither said they any thing to any man; for they were afraid (Mk. 16:5-8). The following verses, known to us, from the ninth to twentieth are totally absent in the short ending. But the main thing in the short ending is that these disciples heard the unexpected and awe-inspiring news of the Resurrection of Christ. The angel foretold to them a personal encounter with the Living Christ, which came true in its time, which can be understood without any additional words. That is, the apostle managed to say all that was necessary even in such a short ending.

The Gospel of Mark is the shortest in volume, just for those who are not used to mastering too many words today. There are not a few such people in our days, and their army is growing with every passing year.

All that is necessary is said in the small Gospel of Mark. Christ performs many great deeds before our eyes. And even the origin of this Gospel is felt in this special Biblical dynamism. According to Church Tradition, it was written by a disciple of the apostle Peter. The Gospel of Mark (and Peter) breathes with the impetuous and very dynamic character of the holy and preeminent Peter. The apostle Mark wanted to more precisely convey that which St. Peter witnessed.

Moreover, the Gospel of Mark is connected with Rome in terms of its place of origin, and thus is “replete with Latinisms.” Imperial Rome: the capital and many-voiced city in which the wildness of life never ceases! And our life is also turbulent, in its own way. Most important is that we find room for the Gospel in it and that even among this unstoppable “Brownian motion”[2] Christ is present with us. St. Mark the Evangelist helps with this.

[1] In the King James Bible we find synonyms such as “straightway” and “anon” as well.

[2] Brownian motion is the erratic random movement of microscopic particles in a fluid, as a result of continuous bombardment from molecules of the surrounding medium. 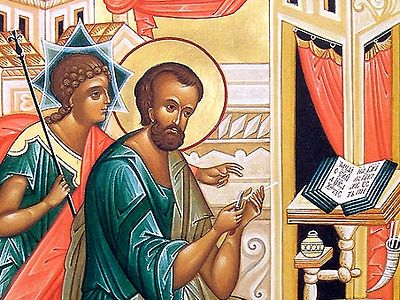 Apostle and Evangelist Mark
Commemorated on April 25/May 8 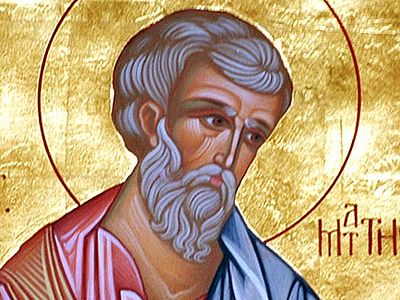 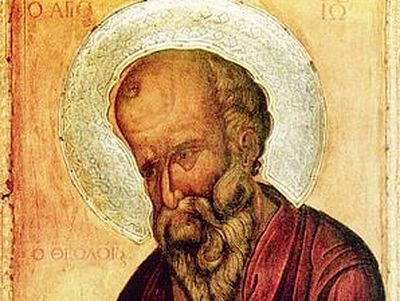 Saint John the Theologian, Apostle and Evangelist
Commemorated May 8/21, June 20/July 3, September 26/October 9
Through humility, not calling himself by name, nevertheless speaking of himself in the Gospel, refers to himself as the disciple "whom Jesus loved." This love of him by the Lord, showed itself when the Lord was on the cross he entrusted His Most Holy Mother to him saying: "Behold your mother."
Комментарии

Fr William Bauer18 мая 2017, 23:50
I used Mark in my PhD dissertation. It is the Gospel of DOING rather than teaching with words. It is my style. Many people come up with ideas, but it takes someone to do the act too.