Bone relic in Goa church might be from Georgian Queen: DNA study 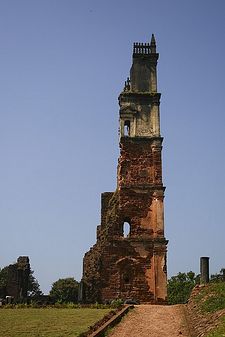 Ruins of Church of St. Augustine in Goa
The first ancient DNA study in South Asia has revealed that a 400-year-old bone relic kept in St. Augustinian Church in Goa is likely to be a remnant of Queen Ketevan of Georgia (eastern Europe), who was born in a royal family in 1565 in the medieval period.

A team of investigators from the Centre for Cellular and Molecular Biology (CCMB), Archaeological Survey of India and Estonian BioCentre led by Dr. K. Thangaraj of CCMB traced that the relic, excavated from St. Augustinian Church complex in Goa, might belong to Georgian Queen Ketevan. The study has been published online recently in the journal Mitochondrion.

In the medieval period, Georgia was a vassal kingdom and the bone of contention between two mighty empires in West Asia — the Ottoman Turks and the Safavids in Persia. The former had suzerainty over the Western region and the latter over the Eastern region, the release said. During that period, entire Persia and its surrounding region was under control of emperor Shah Abbas I (1587-1629), who led an army to conquer Georgia and took Queen Ketevan as prisoner.

For about a decade (1614 to 1624), the Queen remained in Shiraz as the prisoner of Shah Abbasi I. In 1624, the Persian emperor attempted to convert the Queen to Islamic faith. For resisting his wishes, she was tortured and strangled to death on September, 22, 1624.

It said that as per literary evidences in Portuguese script, it was believed that in 1627 her right arm bone was brought to Goa by an Augustinian Friar and kept in a black box (stone sarcophagus) on the second window along the Epistle side of the chapel within the St. Augustinian convent at old Goa. For almost 400 years, the remains of Georgian Queen Ketevan remained undisturbed somewhere in the convent, the release said.

Considering the patriotic nature of Queen Ketevan, the Georgian Government approached the Indian Government to search for the relic of the Queen. Since 1989, various delegations from Georgia visited India and have worked together with the Archaeological Survey of India and tried to locate the relic within the ruins of St. Augustinian convent in old Goa.

After several attempts and a topographical survey within the Augustinian church, the window mentioned in literary sources was located by archaeologists of ASI Goa circle assisted by a Portuguese student in May 2004. “During the excavation, we identified the bone relic, but the evidence could not be considered conclusive, therefore we approached CCMB, Hyderabad for ancient DNA study, said Dr. Nizamuddin Taher of ASI.

“In order to find the distribution of U1b haplogroup in India, we have surveyed mitochondrial DNA sequence of 22,000 individuals from the sub-continent but none of them belongs to U1b haplogroup. However, two out of 30 Georgians, analysed have the same haplogroup, suggesting that the bone excavated in Goa is likely to be the remnant of Queen Ketevan of Georgia”, said Dr. K. Thangaraj.

CCMB director, Dr. Ch. Mohan Rao said the excellent power of collaboration in the fields of history, archaeology and genetics helped in solving the historical problem. Setting up the state-of the-art facilities with cutting-edge technologies would greatly help in solving such scientific mysteries, he added.

Cave presumably containing tomb of queen Tamar found Workers of a road brigade in Ingushetia have discovered an ancient cave after a landslide, which may contain either treasures of the capital of Alania or tomb of the Georgian queen Tamar. 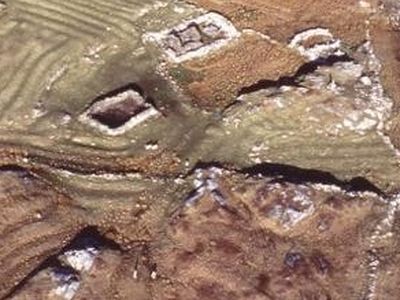 Holy Great-martyr Queen Ketevan (†1624) September 13/26 Archpriest Zakaria Machitadze Holy Queen Ketevan was the daughter of Ashotan Mukhran-Batoni, a prominent ruler from the Bagrationi royal family. The clever and pious Ketevan was married to Prince Davit, heir to the throne of Kakheti. Davit’s father, King Alexandre II (1574–1605), had two other sons, Giorgi and Constantine, but according to the law the throne belonged to Davit. Constantine was converted to Islam and raised in the court of the Persian shah Abbas I. 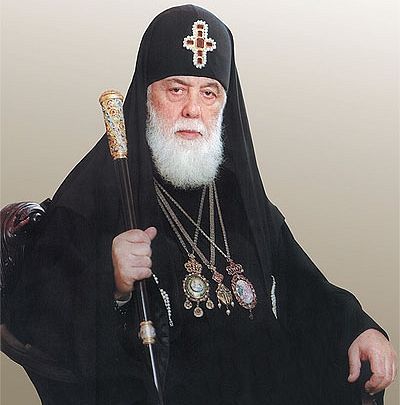 The Lives of the Georgian Saints Archpriest Zachariah Machitadze

The Lives of the Georgian Saints Archpriest Zakaria Machitadze Since the time of the ancient Greek historians, Georgia has been viewed as an enigma hidden behind impenetrable mountains and a complex language. Little has been written about this small country and its saints. Now, Pravoslavie.Ru presents the entire collection of the Lives of the Georgian saints which has been translated for the first time into English. These lives encompass the seventeen hundred years of Orthodox Christianity in Georgia. The stories of ascetics and bishops, warriors and noblemen are intertwined with the tumultuous history of the Georgian land.