A Miracle of St. Nicholas

I heard this story from Hieromonk Theophylact, a monk of the Pskov Caves Monastery, during the latter half of the 1980s. He was told it by a military man—a first-rank captain and man of faith. How did come to the faith? 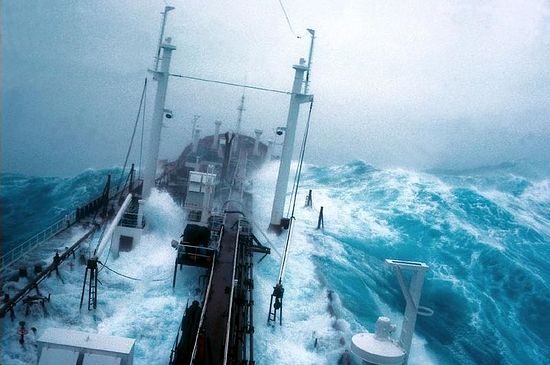 In his youth he commanded a torpedo boat on the Pacific Ocean. One day the boat went out on its watch into the sea. The weather forecasts were good, and nothing indicated any trouble. Just the same, on the horizon there appeared at first a large dark cloud, which started growing rapidly. A sharp wind blew, which grew into a strong squall. A storm began. Huge waves started beating against the small ship.

The ship was tossed from side to side. Water flowed into the machinery area. The ship was on the verge of stopping, and that would fatal for all.

The captain was no coward, but nevertheless the fear of death reached his heart—after all, he was not alone; he answered for the entire company. What should he do? Then suddenly he remembered his mother’s words of long ago: “Pray to God. He saves people everywhere.” And the words of his grandfather, an old sea dog: “Whoever has not been to sea has never prayed to God.” The captain had not gone to church since childhood—first there was the young pioneers, the komsomol, and then his service. He did not know how to pray. But inside, in his soul he was shouting, “Lord, save me! Lord have mercy!”

Suddenly, a miracle happened. He saw an old man walking right on the waves, wearing the garments of a priest. The captain even had time to look at his face—regular features, a small beard, and a clear gaze. The old man blessed the ship with both hands and immediately the wind died down. The sea went flat. The storm was over. The Captain caught his breath.

Returning, he promised to himself to go without delay to a church and place a candle as a sign of thanks for his deliverance and the salvation of the crew. But in the Far East during the years of persecution, nearly all the churches had been destroyed.

Nevertheless, an opportunity soon presented itself. He was sent on an assignment to Leningrad. While driving along the Ring Road, the captain noticed a beautiful five-domed cathedral. He left the tram and walked over to it. It was the St. Nicholas Cathedral, of naval glory. But the captain did not know about this. He went into the half-dark lower church, bought a candle for two rubles and fifty kopecks and looked around for a candle stand to place it on. He noticed an icon with the image of a pious elder in the garb of a bishop and decided, “I’ll place a candle before this grandpa.” The captain walked closer, looked at the icon, and froze. The facial features corresponded exactly to those of the amazing elder who had stopped the storm on the Pacific Ocean! “Whose image is that?” the captain asked a church-worker in a dark apron. “What do you mean, whose? It’s the holy hierarch and wonderworker Nicholas, defender of those who sail the sea,” she replied.

This incident was written down in slightly different word by Fr. Theophylact in his collection, This Happened in Our Time. Twenty-seven years have passed since I read it. Much has been erased from my memory, but the main thing remained: the image of St. Nicholas, the merciful, miraculous deliverer of those who are perishing. 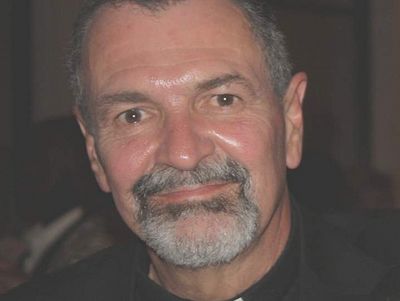 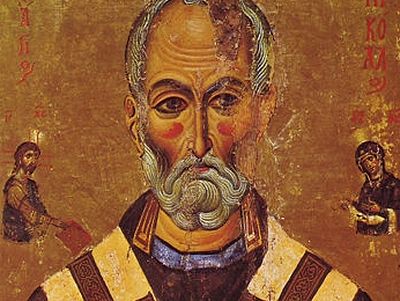 “Every Miracle Happens for a Reason.” A sermon on the feast of the Translation of the Relics of St. Nicholas the Wonder-worker
Archpriest Nicholai Agofonov

“Every Miracle Happens for a Reason.” A sermon on the feast of the Translation of the Relics of St. Nicholas the Wonder-worker
Archpriest Nicholai Agofonov
God has granted me in my life to experience many miracles of St. Nicholas, some of which I have written about in my short stories. But there is one incident that shook all of Russia over fifty years ago in the city of Kuibishev, now Samara. This was an event that occurred with the girl, Zoya. Many of you already know about this—another miracle of St. Nicholas. 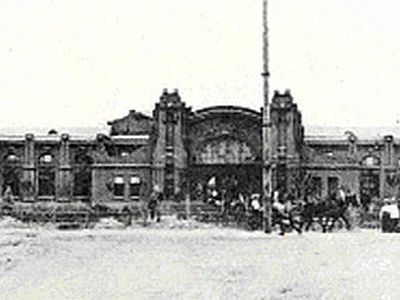 St. Nicholas the Merciful and Recent Miracles in China
Commemorated May 9/27, December 6/19
Met. Philaret (Voznesensky)
The Russians like to call Saint Nicholas “Nikola the Merciful” because his miracles are as numerous as the stars of heaven. I would like to remind you of one touching miracle that shows his mercy. This did not happen once upon a time, long ago; it happened in our time, in the city of Harbin [China], where I lived for over 40 years. 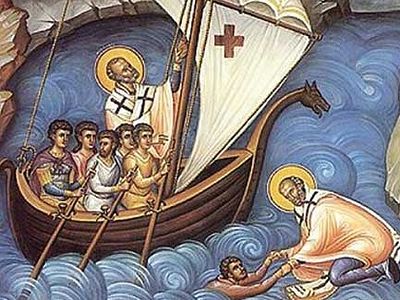 There is a St. Nicholas!

There is a St. Nicholas!
“I took the sack. It was heavy. I took it inside the hut and opened it… My dear children!...” the elder began to sob. “There were fresh loaves of bread in the sack. And they were still warm, absolutely hot! As if they had just taken them out of the oven. But what oven could be there?! There wasn’t a single home within fifty versts, only exiles and prisoners. 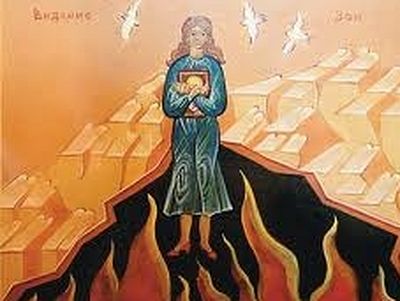 A Strange Miracle of St. Nicholas in 1956

A Strange Miracle of St. Nicholas in 1956
A true incident which shocked and brought repentance to hundreds of people in the Russian Soviet city of Kuibyshev (modern day Samara), in the year 1956.

St. Nicholas’ Watchful Eye
Svetlana Khorkina
The heroic achievement of the navigator Albanov who crossed the distance of approximately 420 km, walking on drifting ice to Franz-Josef land, added a glorious page to the history of Russian polar research. This journey had a great scientific significance, and the story itself was well covered in specialized and popular scientific literature of the Soviet period. A famous Russian writer Veniamin Kaverin created the character of navigator Klimov in his novel «Two Captains» with Albanov as his prototype. However the heroic exploits of the navigator is not only the result of his personal courage, but also another evidence of St. Nicholas’ help to «those at sea and travelling».
Комментарии