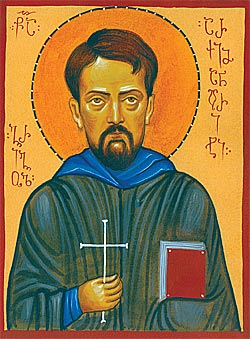 Archimandrite Grigol (Peradze) was born August 31, 1899, in the village of Bakurtsikhe, in the Sighnaghi district of Kakheti. His father, Roman Peradze, was a priest. In 1918Grigol completed his studies at the theological school and seminary in Tbilisi and enrolled in the philosophy department at Tbilisi University. Three years later, in 1921, he began to teach at the university, but theGeorgian Church soon sent him to Germany to study theology. From1922 to 1925Grigol studied theology and eastern languages at the University of Berlin, and in 1925 he transferred to the philosophy department at theUniversity of Bonn, where he received a doctoral degree in philosophy for his dissertation “The Monastic Life inGeorgia from ItsOrigins to 1064.”Grigol continued to attend lectures in theology at the University of Louvain until 1927.

In 1927 Grigol moved to England to continue his career in academia, and there he became acquainted with the old patristic manuscripts that were preserved in the library collections of the British Museum and Oxford University. In July of that year Grigol was named an associate professor at the University of Bonn, and he returned there to lecture on the history of Georgian and Armenian literature. In 1931 Grigol was tonsured a monk, ordained a priest, and appointed dean of the Georgian church in Paris. A year later he was invited to Oxford to lecture on Georgian history.

A new period in St. Grigol’s life began later in 1932, when the Metropolitan of all Poland, Dionysius Waledinsky, invited him to be a professor of Patrology and the chair of Orthodox Theology at Warsaw University. He often delivered lectures at academic conferences and in academic centers throughout Europe. He sought tirelessly for ancient Georgian manuscripts and historical documents on the Georgian Church. His searches took him to Syria, Palestine, Greece, Bulgaria, Austria, Romania, Italy and England. As a result of his labors, many long-lost Georgian manuscripts surfaced again.

Humility and industriousness characterized the Hieromartyr Grigol throughout his life. In difficult moments he often repeated the words of St. John Chrysostom: “Glory be to God for all things!” In the 1920s, as the Red Army was securing its occupation of Georgia, the nation’s treasures were carried away to France for safekeeping. Later, in the 1940s, Georgian society was unaware that, due to St. Grigol’s efforts alone, many treasures of Georgian national culture were spared confiscation by the Nazis in Paris. Risking execution at the hands of a firing squad, St. Grigol wrote in the official documentation presented to the Nazis that these items were of no particular value but were precious to the Georgians as part of their national consciousness.

Nor did most of Georgian society know that, in Paris, Archimandrite Grigol had founded a Georgian church in honor of the holy Equal-to-the-Apostles Nino and a parish journal called Jvari Vazisa, or “The Cross of Vines.”

In May of 1942 St. Grigol was arrested by the Gestapo. The priceless Georgian manuscripts he had preserved and many sacred objects that had been crafted by ancient Georgian masters and collected by St. Grigol during his travels (in hopes of returning them to Georgia) disappeared after his apartment was searched.

Archimandrite Grigol was arrested for sheltering and aiding Jews and other victims of the fascist persecutions. He was incarcerated at Pawiak Prison in Warsaw, and deported to Auschwitz at the beginning of November.

In the camp an inmate killed a German officer. The guards drove everyone out of the barracks absolutely naked, forcing them to stay in the below-freezing temperatures until someone confessed. St. Grigol decided to take the blame for the murder, thus saving innocent prisoners from freezing to death. The guards let loose the dogs on the martyr, poured gasoline over him, and lit him on fire. Then they said, “Poles, go warm yourselves around him, your intercessor.” According to the official German documentation, Grigol Peradze died on December 6, 1942 [November 23, old style], at 4:45 in the afternoon.[1] In the end, like Christ Himself, Archimandrite Grigol died for having taken upon himself the sin of another.

Thy soul rejoices with the holy Apostles, O Father Grigol, crown of the martyrs. Through thy prayers make us worthy of everlasting joy!

[1] According to another account, the martyr entered the gas chamber in place of a Jewish man with a large family. This was reported by a former prisoner, who, after being liberated, visited Metropolitan Dionysius and gave him St. Grigol’s cross. 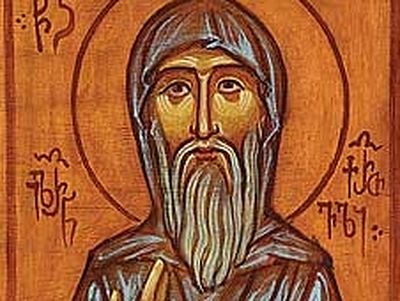 Venerable Ilarion the Georgian (†875)
Archpriest Zakaria Machitadze
Saint Ilarion the Georgian was the son of a Kakheti aristocrat. There were other children in the family, but only Ilarion was dedicated to God from his very birth. Ilarion’s father built a monastery on his own land, and there the boy was raised. 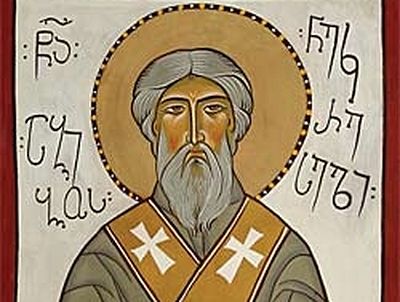 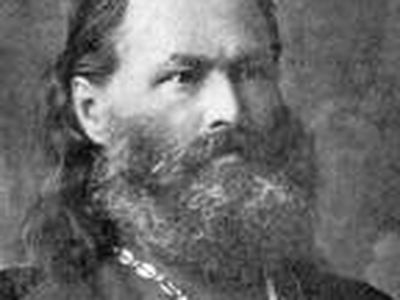 Hieromartyr Basil Sokolov. "To all who love and remember me!"
Igumen Damascene (Orlovsky)

Hieromartyr Basil Sokolov. "To all who love and remember me!"
Igumen Damascene (Orlovsky)
One day after another dragged on in death row--from the sentence to martyric end. From prison he wrote to his natural and spiritual children. These letters were written over the course of the two weeks preceding the executions of the priests sentenced to be shot, and are a priceless monument of Christian epistemology of latter times, proceeding from the pen of a great pastor and holy martyr. 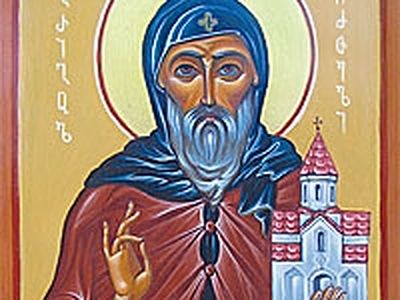 Venerable Grigol of Khandzta (†861)
Archpriest Zakaria Machitadze
Our Holy Father Grigol of Khandzta was raised in the court of the Kartlian ruler Nerse. His family was part of the Meskhetian aristocracy. He received an education befitting his family’s noble rank and displayed a special aptitude for the sciences and theology. 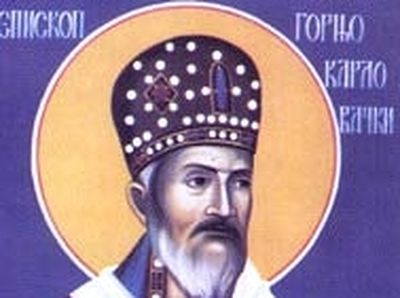 Hieromartyr Sabbas (Trlaich), Bishop of Gornji Karlovac
Hierodeacon Ignatius (Shestakov)
The bishop and the priests were told that they were undesirables and that they must abandon their flocks. The Roman Catholic Archbishop of Zagreb, Aloysius Stepinac, openly told Vladyka that he must leave ‘Croatian’ Karlovac, otherwise he would be liquidated. Vladyka answered him: ‘Even if it costs me my head, I will not abandon my people!’ Soon it became clear that the Catholic Archbishop was not joking. Vladyka Sabbas was arrested and horribly tortured. During the tortures and beatings in Plashkom, the Ustashi used a gramophone to play the hymn, ‘As many as have been baptized in Christ, have put on Christ’.
Комментарии