Reducing the Church to Politics

I have often read that a serious problem occurs when Church and state are so enmeshed as to be indistinguishable. People who are marginalized by the state or oppressed by the state or whose consciences are troubled by the deeds of the state, have nowhere to turn to seek solace and refuge when the Church is in complete sync with the state. And often the Church ends up submitting to the state on many issues. 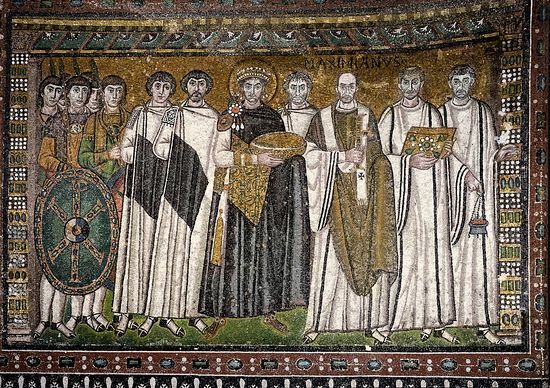 Emperor Justinian and his attendants


Some claim this is why in America “traditional” Christianity is on the decline, and why people instead turn to New Age religions or embrace spirituality instead of religion. These alternatives allow them to see life and the nation freed from the government or politically correct view point. Official or traditional religion ends up sounding so much like the state that people begin to look for a spiritual alternative. So Ted Peters wrote in his 1991 book, THE COSMIC SELF: A PENETRATING LOOK AT TODAY’S NEW AGE MOVEMENT :

While church leaders have been occupying themselves with the world of secular politics, millions of people have begun to turn once again to religion. They are embarking on a spiritual quest: they want to find the source and meaning of their existence; to regain a sense of transcendent divinity; and to find a way to integrate human beings with one another, with nature, and with the whole of reality….’

At root the human potential movement is seeking a new cosmology, a new grounding for reality. The key to this new cosmology is the innate connection between self and world. It seeks to overcome the dualism of modern mind that separates subject and object, the humanities from the sciences’ (as quoted by George Ellis, On the Moral Nature of the Universe, Kindle Location 138-142).

At the exact same time that denomination and church leaders try to leverage their power through influencing the voting habits of their constituents, the people in the pew find themselves turned off by the political bent of religion and seek to find a spirituality that is not so conformed to or determined by the news or nationalistic trends. An other worldly dimension is what many are seeking from religion—not a church which embeds them more in this world, but which brings them into contact with the boundlessness of the divine life.

Something for American Christians to consider as we into a presidential campaign year. Politicians love it if we conform en masse to their message or support them or their party as if it were the Church. And in so doing they often are shaping the religious messages and spiritual beliefs of those following the political leader. The politician’s goal is to get elected. The goal of any political party is to get their candidates elected. Are they willing to bend and shape and even mislead in order to get voters to get on their bandwagons? Certainly. Are they happy if they can capture Christian denominations en masse to vote their way? Ecstatic. It makes their job easy. They create an illusion that they are empowering the voters when in fact they are taking the power away from the voter and putting it in a political party or ideology. They make an appeal to the religious nature of voters, but then will embed those beliefs in their secular ideology and goals.

Christians need to read and study the Gospel carefully about Christ’s own attitude toward political power. The early Church did not rely on political power to get its message to the world. It relied on the membership living the Gospel and remaining faithful to the teachings of Christ. 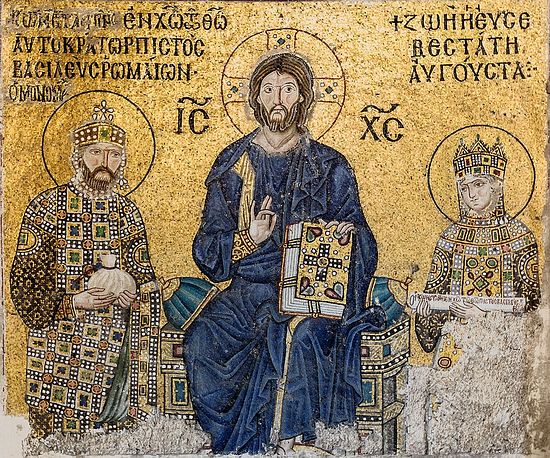 The Empress Zoe mosaics (11th-century) in Hagia Sophia (Istanbul, Turkey) Christ Pantocrator is seated in the middle. On his right side stands emperor Constantine IX Monomachos; on his left side, empress Zoe.

We Christian should never hand over our votes en masse to any candidate. Make them work for every vote, and hold them to their promises. There is power in withholding endorsements. The politicians have to pay more attention to those whose votes they want to win.

And we can remember that when the Church is too cozy with any political party or ideology, in America at least, we will lose some adherents to all kinds of independent spiritualities. Some really are looking to the Church to proclaim the Good News of God’s kingdom and to offer a spiritual vision of reality rather than simply trying to get people to conform to a political agenda.

Of course the other extreme is to be so heavenly-minded as to be of no earthly good as Oliver Wendell Holmes is said to have quipped. The issue for the Church is to be a light to the world, which we cannot be if we allow ourselves to be identified with any political ideology. We are not called to be disinterested in democratic elections, but we must always remember the goals of a political party are not the goals of the Church. We must always be wise to the fact that politicians will use us to their advantage if we let them. And they hope that we believe they will carry out the will of God whether or not they can even say what that will is. 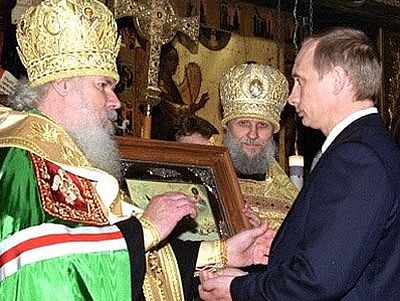 Analyzing the transformation of Church-State Relations in Russia from 1987 to 2008 Ryan Hunter The “Gorbachev Revolution” and Beyond: An End to State Repression and an Organic Orthodox Resurgence, 1987-2008: 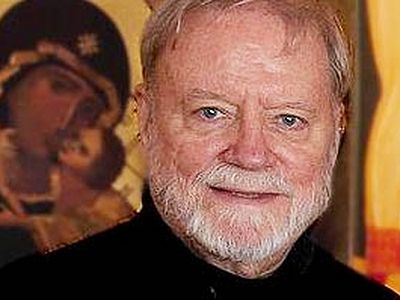 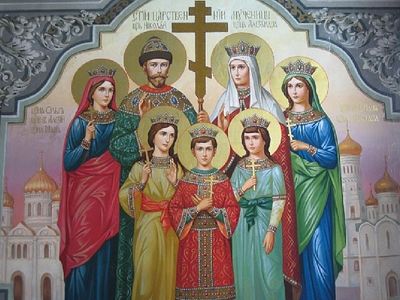 Is Monarchy the best government for Orthodox? Fr. John Whiteford One could argue that the most ideal form of government is a theocracy, but as the history of Israel up to this point demonstrated, such a theocracy only worked out well for the people when they were zealous to obey God, which very often was not the case. So monarchy is perhaps the second best system of government, but not one without problems ... because for monarchy to work out well, you need a king that is pious.
Комментарии