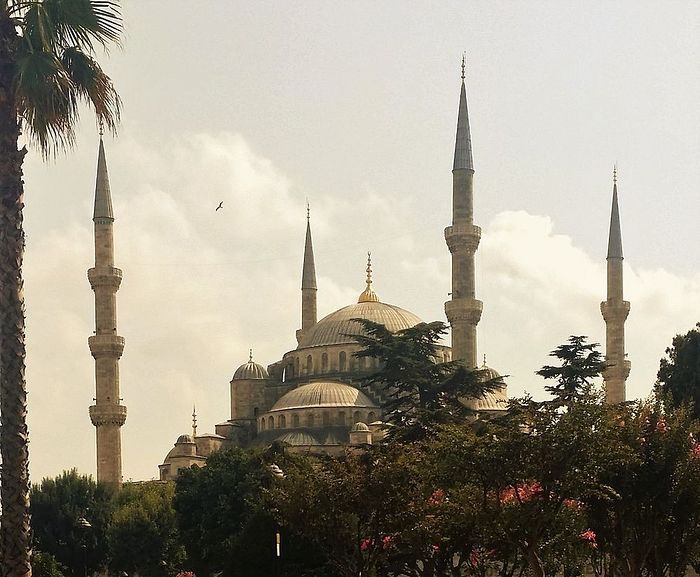 The 1,500-year-old history of Hagia Sophia, the iconic world cultural heritage site and the most spectacular Orthodox cathedral in eastern Christendom, is showcased in a new 45-minute show at the Hellenic Cosmos Cultural Centre’s dome-shaped Virtual Reality Theatre, ‘Tholos’, in Athens.

The interactive presentation tells the cathedral’s history which starts in 532, when Eastern Roman Emperor Justinian commissioned the temple to architects Anthemios and Isidorus, and weaves in elements of subsequent Byzantine history and culture.

The presentation explores the challenges faced by the architects in carrying out their ground-breaking and ambitious construction, the problems they had to overcome, and also shines light on the intricate decorations of the interior.

Details on the days and hours of screenings are available at www.hellenic-cosmos.gr 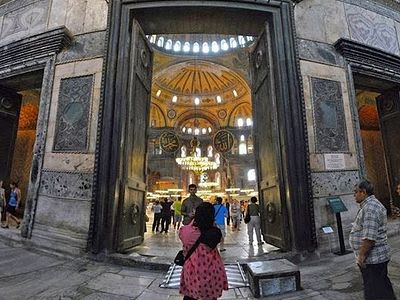 Hagia Sophia: Such ecstasy can never be forgotten! George Kseinos, Doctor-Novelist Those who over the centuries actually saw the miracle of Haghia Sophia at first hand are innumerable. They spoke over and over again about what they had seen, trying to convey to others too something of its magic and magnificence. 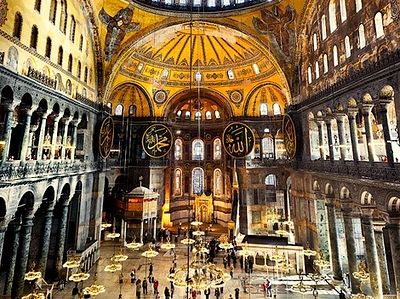 Moscow Wants Turkey to Return Cathedral of Agia Sophia to Orthodox Church State Duma deputies have supported the idea of the return of Agia Sophia in Constantinople to the Orthodox Church. This was stated by Chairman of Committee on Property, and the coordinator of the inter-factional parliamentary group on the protection of Christian values, Sergei Gavrilov, TSN reports. 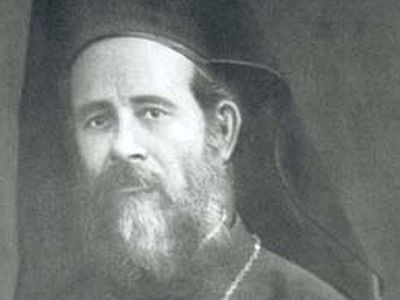