The Canaanite Woman is My Sister 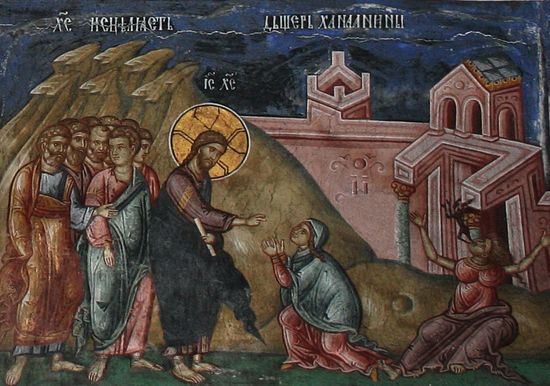 The Gospel reading of Matthew 15:21-21 presents a hard lesson both because Jesus appears to treat the woman harshly and because we are challenged to think about people like this woman who might appeal to the parish for help but whom for various reasons we feel justified in just wanting to be rid of them.

Then Jesus went out from there and departed to the region of Tyre and Sidon. And behold, a woman of Canaan came from that region and cried out to Him, saying, “Have mercy on me, O Lord, Son of David! My daughter is severely demon-possessed.” But He answered her not a word. And His disciples came and urged Him, saying, “Send her away, for she cries out after us.” But He answered and said, “I was not sent except to the lost sheep of the house of Israel.” Then she came and knelt before Him, saying, “Lord, help me!”

In the Gospel text, the word rendered in English as “knelt before” or in some versions, “worshipped”, is the Greek word prosekunei which has the implication of humbly submitting like a dog before its master by being down on the ground on all fours and waiting anxiously for the master’s command.

It is the way she submissively kneels before Jesus, on all fours, like a dog, that apparently elicits the response from Jesus reported in the Gospel (see also my blog You Can Teach an Old Dog New Tricks).

But He answered and said, “It is not good to take the children’s bread and throw it to the little dogs.” And she said, “Yes, Lord, yet even the little dogs eat the crumbs which fall from their masters’ table.” Then Jesus answered and said to her, “O woman, great is your faith! Let it be to you as you desire.” And her daughter was healed from that very hour.

The woman asks from Christ, like so many other people in the Gospel, for mercy—not for herself but for her daughter. Jesus appears to either mock her by comparing her to a little puppy that follows its master around hoping to get some crumbs of food dropped by the master, or Jesus out and out is comparing her and her daughter to nothing more than dogs.

In the desert fathers, there is a very interesting comment about this Gospel lesson. Abba Poemen reminds us that such unwanted nuisances such as the Canaanite woman are actually our brothers and sisters who we are commanded to care for. The Canaanites were no friends of the Jews and often were hostile to them. The Jews forbade intermarriage with the Canaanites. Whatever the Canaanites represented, even as a religious threat to each Israelite, the Lord Jesus responds favorably to her, seeing in her something the Twelve Disciples cannot see.

“Abba Poeman said: ‘We are in such trouble because we are not taking care of our brother who the Scripture stipulated we are to take in. Or do we not see the Canaanite woman who followed the Savior, crying and beseeching for her daughter to be healed—and that the Savior looked with favor on her and healed [her daughter]?’”1

Today, many Syrian, Mideastern and Muslim refugees are very much like the Canaanite woman to us. But it is not only them, for many of us have a distrust and dislike for any migrants, any poor, any people of different culture or color. We want them to go away, or maybe we, like the apostles, hope God will make them go away. But He might, instead, mercifully answer their prayers. And He might expect us, His servants, to do the same.

1: The Alphabetical Sayings of the Desert Fathers, Poeman in Give Me A Word, p. 260. 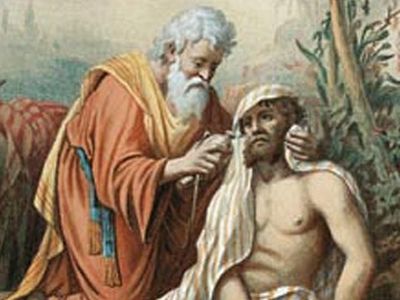 The Gospel of the Good Samaritan Fr. Seraphim Holland

The Gospel of the Good Samaritan Fr. Seraphim Holland Today, we have two teachings, set parallel to one another, like two plots in a story. One has an outward and moral aspect, concerning how we should act as Christians, being compassionate, and who is our neighbor. 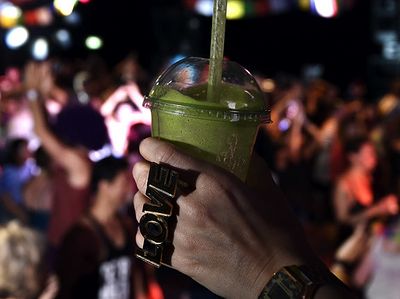 Europe's moral and spiritual vacuum invites acts of terrorism Iben Thranholm These days the media are overflowing with comments and analyses of last Friday’s terrorist attacks in Paris. One particular angle is consistently ignored – or banished: religion. 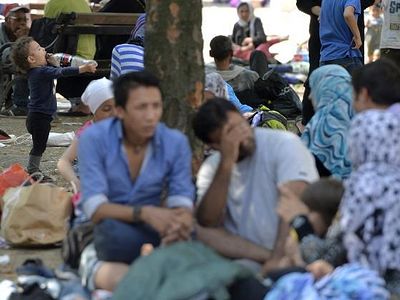 “The Whole of Syria Will Pass Through Serbia:” Belgrade To Face Five Million Refugees

“The Whole of Syria Will Pass Through Serbia:” Belgrade To Face Five Million Refugees “At least five million people will pass through here. They are all running because of the war and are seeking refuge somewhere in Europe. First those who can afford the trip flee, but the situation in Syria is difficult so those who don’t have the money will flee too.”
Комментарии