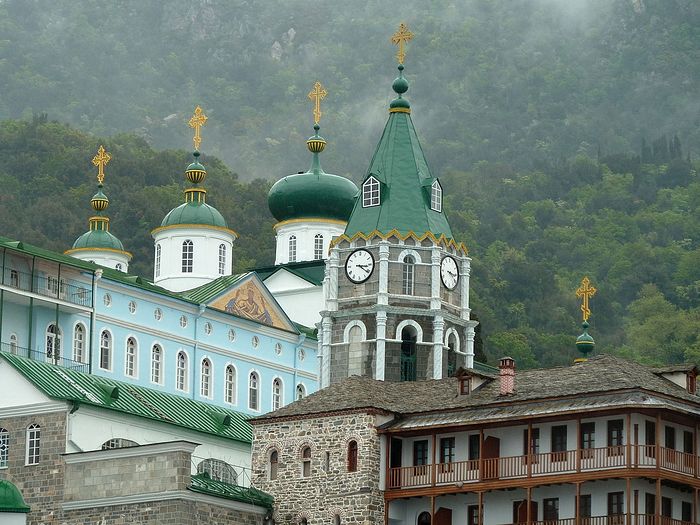 A ballot for the new abbot of the Russian St. Panteleimon’s Monastery on Mt. Athos was held on October 2, 2016, with Hierodeacon Evlogy (Ivanov) being chosen as the new superior, reports a correspondent of Russian Athos.

The voting procedure was according to the standing so-called “Athos Constitution,” approved by the Greek administration and parliament in 1926, according to which monks having been tonsured for no less than six years (or for those tonsured in another monastery, having lived in the monastery for the aforementioned timeframe) are allowed to participate in voting. Thus, thirty-seven of the 103 monks laboring in the monastery took part in the vote. The election was conducted by secret ballot in two rounds.

The newly-elected igumen will be enthroned after the confirmation of the Sacred Community of Mt. Athos and the Patriarch of Constantinople.

Hierodeacon Evlogy (in the world Michael Nikolaievich Ivanov) is a native of the Chelyabinsk region, born on October 12, 1958. He was tonsured into the mantia in the Trinity-St. Sergius Lavra on November 25, 1985, and ordained there on December 23, 1986. He entered St. Panteleimon’s Monastery on May 15, 1988, carrying out his obedience at the monastery’s podvoriye in Constantinople. 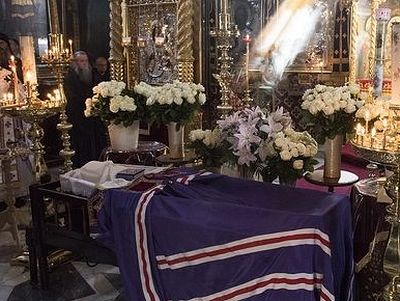 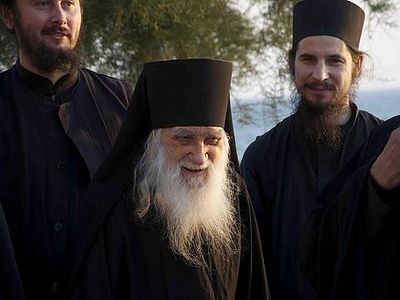 Igumen of Russian monastery on Athos dies in his 101st year 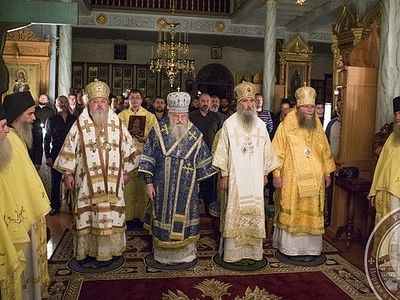 100th birthday of Schema-Archimandrite Jeremiah of St. Panteleimon Monastery is Celebrated on Mt. Athos
The All-Night Vigil and Divine Liturgy were celebrated on October 21 and 22 at the Church of the Intercession at the Russian Monastery of St. Panteleimon on Mount Athos by Metropolitan Yevlogy of Vladimir and Suzdal, Metropolitan Sergy of Ternopol and Kremenets, Metropolitan Kirill of Stavropol and Nevinnomyssk and Bishop Nil of Murom and Vyazniki.
Комментарии