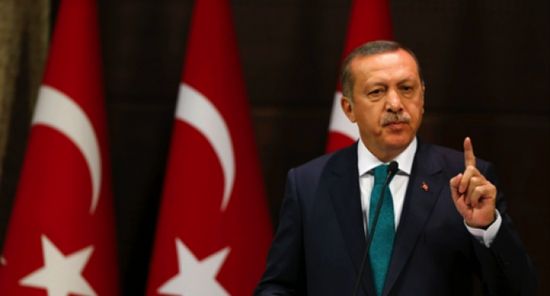 A total of 8,985 mosques were built between 2005 and 2015 by the Turkish government over the last decade in Turkey, according to statistics released by Turkey’s Religious Affairs Directorate (Diyanet).

The Central Anatolian province of Konya contained the highest number of mosques, Dogan News Agency reported on Sept. 16. Ankara, the southern province of Antalya, the Black Sea provinces of Ordu and Trabzon, and the southeastern province of Diyarbakır were among the other provinces with over 2,000 mosques.

While the Turkish government has built so many mosques across the country with state funds, it has banned Orthodox Christian liturgy in the Sumela Monastery, a historic site in Trabzon.

Sumela Monastery, located in the district of Macka -- or Matsuka in Greek -- in Trabzon province is one of the oldest monasteries in the Christian world. According to records, it was built by two Athenian monks, St. Barnabas and his nephew St. Sophronios, and was inaugurated by the bishop of Trabzon in 386 A.D.

The province of Trabzon, located in the ancient region of Pontos, the northeast portion of Anatolia adjacent to the Black Sea, also has a long Greek and Christian history. The word “Pontos” means “sea” in Greek.

“Trabzon was settled by Greeks probably by the 7th century BC,” writes researcher Sam Topalidis for the website Pontos World. “Trabzon was the ancient capital of the Greek speaking Komnenos Byzantine Kingdom (1204–1461). It survived until 1461, eight years after the fall of Byzantine Constantinople when both localities fell to the Ottoman Turks.”

After the city’s invasion by the Ottoman Turks, the local demographic began to change; but for centuries, Christians were the majority in the city.

According to Topalidis, Trabzon’s Muslim population increased dramatically under the Ottoman rule due to:

“However, the most important reason for the conversions was probably due to the higher taxes paid by Christians (compared to Muslims), a strong economic incentive for the poorest Christians,” writes Topalidis.

The tax he refers to is the “jizya tax” -- money paid by Christians and Jews in order to be allowed to survive and to keep practicing their religion, according to Islamic law.

Prior to the Pontian (or Pontic) Greek genocide that started in 1914, at least 43% of Trabzon’s population was still Christian: Greeks, Armenians, and a small minority of Catholics.

During the 1914-1923 Pontian Greek Genocide by the Muslim Turks, “out of approximately 700,000 Pontian Greeks who lived in Turkey at the beginning of World War I, as many as 350,000 were killed, and almost all the rest had been uprooted during the subsequent forced population exchange between Greece and Turkey. This was the end of one of the most ancient Greek civilizations in Asia Minor.”

Even after 102 years, Turkey still denies the Pontian Greek genocide.

The Sumela Monastery in the city was also closed for prayers until 2010 when, for the first time since the founding of the Turkish republic in 1923, Orthodox Christians were allowed by the Turkish government to celebrate mass on August 15.

Bartholomew I, the current archbishop of Constantinople and ecumenical patriarch, led the service, which was held in honor of the Assumption of Mary, a Christian sacred day. Orthodox bishops from Australia, Ukraine, the United States, Greece, and Georgia traveled to Sumela to participate in the mass, according to Turkish newspaper Hurriyet.

But this year, the Turkish authorities suddenly banned Christian liturgy for the Feast of the Assumption in the monastery.

The authorities notified the Ecumenical Patriarchate that the license for the yearly mass at Sumela Monastery has been revoked for this August.

According to the site Greek Reporter:

The ban has caused great disappointment to thousands of Pontian people worldwide, and people from Greece who had planned to travel to the region these days to celebrate the Feast of the Assumption.

Sources within the Patriarchate of Constantinople, who prefer to remain anonymous, and many Pontic Greeks believe that the construction’s “static problems” invoked is a pretext and they fear that Christian mass will never be allowed in the historic monastery again.

This arbitrary ban seems to be yet another demonstration of the “unofficial” second-class status of Christians in Turkey.

As the scholar Robert Spencer puts it:

That the Greek Orthodox need special permission to celebrate divine services in any of their churches in what is now Turkey is a dark reminder of the Islamic oppression of Eastern Christians from the mid-7th Century to today, and for the Greeks, especially from the Muslim conquest of Constantinople in 1453 through the defeat of the Ottoman Empire by the Western Powers during World War I.

Today, Greek-speaking Orthodox Christians are a tiny, dwindling minority in Turkey -- around 2,500 people -- and the community routinely faces discrimination.

“Christians are certainly seen as second-class citizens,” Walter Flick, a religious expert with the International Society for Human Rights in Germany, told the publication DW. “A real citizen is Muslim, and those who aren't Muslim are seen as suspicious. Christians aren't equal. They don't have full rights.” 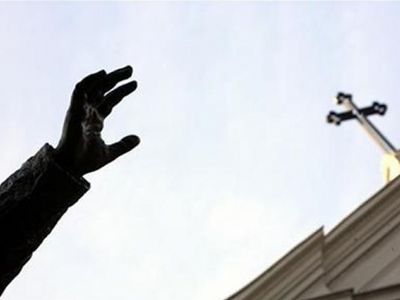 Christian Churches seized for the restoration of Turkish city

Christian Churches seized for the restoration of Turkish city
About 330 structures in the Sur neighborhood were demolished for an urban renewal program. The decision, which was based on Turkey's Expropriation Law Article 27, was claimed to be the "last resort" in keeping and protecting the area and the Churches. 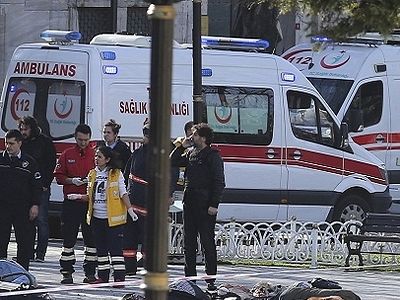 ChiRho10 октября 2016, 16:00
Any Christians left in Turkey should flee expediciously if they have any sense. The Turks are intent on reviving the Ottoman Empire and they will not be any less vicious than before.

Anthony 7 октября 2016, 20:00
This has been going on ever since turks came to our lands. What is however of massive significance was a speech erdogan gave last week, where he (and later the mayor of Ankara) effectively tore up the Treaty of Lausanne which created the modern day borders between Greece and Turkey, claiming the Greek islands as turkish. Those who have read the prophecies of Ayios Paisios and Geronda Iosif Vatopaidinos know that when the issue of the examilia (six miles) is raised, (the six miles being the six nautical mile radius which is Greek territory around the Greek islands), then you know war is near. Once Greece and Turkey withdraw their embassies, then Turkey will hit some Greek islands, Russia will smash Turkey to pieces, and the third world war will kick off. All these are well documented prophecies that can be read on the internet or seen on youtube.

Brooklyn Dave 7 октября 2016, 19:00
One little tidbit in this article I found interesting. Of all the mosques that Erdogan is building in Turkey, you mentioned Diyabakir, a city that is mostly Kurdish. A good portion of the Kurds in Turkey are Alevis, a heterodox form of Shiism. I am sure that these people are not too happy with the Wahhabi-inclined building frenzy either. There really is no hope for Christians in Turkey, but this group will suffer as well. But the difference is that there are a lot of them -both Kurdish and Turkish.