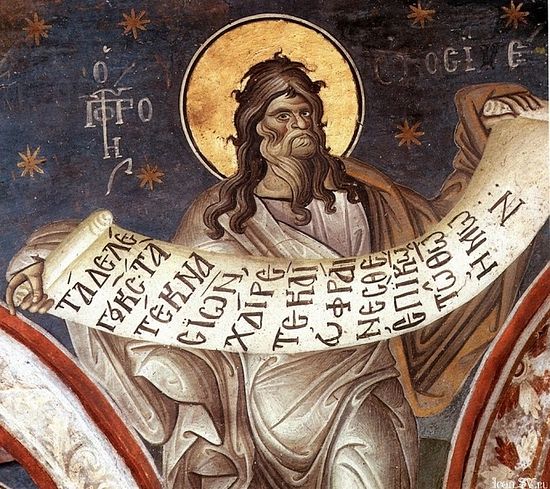 We hear it in the air: “Information is power.” Some even say enviously, “Well, some lucky people are super-informed. But we are still getting all our information from the news.”

Everywhere you look, ordinary mortals (and it’s frightening to say, even analysts) are wringing out prognoses for the future and trying to advocate them as believably as they can. People all around listen to them with a certain curiosity—then customarily grumble that as usual, practically nothing has come true.

But now just imagine: Meanwhile, somewhere in some inaccessible territory some super-informed individual is performing his daily look into the future, like looking into the refrigerator. Then he takes out everything he needs. He looks it all over, sets it on the table, and generously speculates from his advantageous position.

That is how many imagine the life of a prophet. He’s a God-chosen man knows everything in advance. Nice life! He has none of our wearisome anxieties and cares about risks. He lives the quiet, peaceful regime of the super-informed.

However, the life of a real prophet differs greatly from the above-described bourgeois scene.

A real prophet knows far from everything. To put it frankly, only God knows everything. The Lord does not always tell the prophet everything about the future—only when He deems it necessary.

And then, the task that God entrusts to him does not make the prophet’s life carefree. Often the Lord reveals the future to the prophet, and then immediately sends him out to people with words of unpleasant reproof, with calls to repentance in the face of the coming catastrophes. What do you think—was it easy for people to listen to such reproof? And just how amiable is the population toward the prophets rebuking them, especially influential and powerful citizens? Whoever doesn’t know the answer can certainly guess.

The service of a prophet has its obligations. This service penetrates his entire life. And to a great extent it touches the lives of his family. It happens that his personal difficulties increase tenfold, and his prophetic word increases a hundredfold. For example, let’s take the Old Testament prophet Hosea. His commemoration day according to the Church calendar is October 17/30.

The Lord showed through the prophet and through his family how the God-chosen nation lives, and what awaits them. The scene was rather horrifying: The beginning of the word of the Lord by Hosea. And the Lord said to Hosea, Go, take to thyself a wife of fornication, and children of fornication: for the land will surely go a-whoring in departing from the Lord (Hos. 1:2). Let’s read this Bible verse slowly, in order to digest it well. Let’s take a look into Hosea’s prospects… The bourgeois image of a prophetic gift (“perks”) falls apart.

What does Hosea see? The people of God “spiritually fornicate”; that is, they serve not the One God, but a pantheon of gods called Baalam (cf. Hos. 11:2). The people are like a wife who is constantly betraying her lawful husband. And the full outrage is described not “simply” by Hosea’s sharp words, for which he could have been hated and cruelly punished. All of this is made clear through the everyday torturous tragedy of his personal life, and not only through unpleasant words about the surrounding reality.

Hosea’s wife leads a debauched life. In the family appear the children of fornication. They receive names from God that are no better than insulting nicknames: The daughter is named Loruchama (meaning Unpitied), and the son was named Loami (meaning Not My People). Everyday in Hosea’s home and out on the sun-drenched streets, everyone could hear the names of the children, on whom was published the prophecy about God’s severe judgment on the nation. There will be judgment—it has essentially begun. And this people cannot count on some special relationship with the judge. The past, special relationship has been trampled underfoot. Everyday Hosea has shame before his eyes and outrage in his ears.

And the outrage is obvious. The people of God has divided into separate kingdoms, and the relationship between them is very quarrelsome. Brothers are not living in peace. God’s people have weakened from their many iniquities and shameful passions; serious spiritual illnesses have stricken them. Apart from open paganism, pagan reinterpretations of the Covenant with the True God have spread among the people of God. How so? People perceived holy patriarchs’ and prophets’ worship of God not as a personal relationship but as a magic one: “I will make whole burnt sacrifices to the God of our fathers; I will perform all the required rites. And my house will be as a brimming cup.” The Lord explains this paganization of the Israelites like this: I will have mercy rather than sacrifice, and the knowledge of God rather than whole-burnt-offerings (Hos. 6:6). This heavenly truth is repeated also by Christ (cf. Matt. 9:13).

The disasters in the Holy Land during Hosea’s time are brought on by outrageous infidelity to God. In this dead end situation one can’t rely upon the protection of powerful political partners. Could it really be that there isn’t even the slightest hope? There is. This is why the reviving words sound from heaven for the entire Promised Land: Return, O Israel, to the Lord thy God; for the people have fallen through thine iniquities. Take with you words, and turn to the Lord your God: speak to him, that ye may not receive the reward of unrighteousness, but that ye may receive good things: and we will render in return the fruit of our lips. Assur shall never save us; we will not mount on horseback; we will no longer say to the works of our hands, Our gods. He who is in thee shall pity the orphan (Hos. 14:3-4).

The people who turn back to God will be resurrected from spiritual death. In the lips of the prophet Hosea sounds the Paschal hymn, God’s call to the people: I will deliver them out of the power of Hades, and will redeem them from death: where is thy penalty, O death? O Hades, where is thy sting? comfort is hidden from mine eyes (ποῦ ἡ δίκη σου, θάνατε; ποῦ τὸ κέντρον σου, ᾅδη.—Ос. 13: 14). O Lord, deliver us, and we shall glorify Thee! 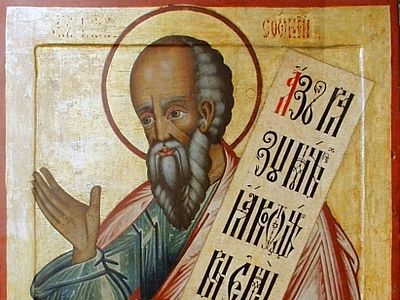 Waiting Upon the Lord
Orthodox Christian Prison Ministry
Let us recognize the vibrant Orthodox Church in the portrait that Zephaniah gave us 600 years before Jesus’ birth! “Rejoice greatly, O daughter of Zion! Cry aloud, O daughter of Jerusalem” (vs. 14) at the coming of the King of Israel. Fear evil no longer (vs. 15)! 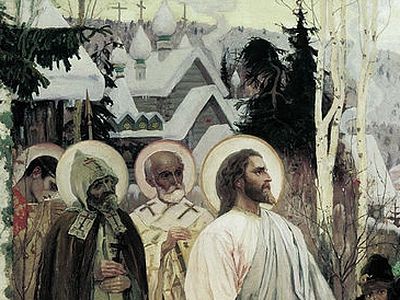 Prophetic Times
Archpriest Andrew Phillips
All the fragments of Holy Rus, ‘the footstool of the Kingdom of Heaven’, in the words of St John of Kronstadt, are to be guarded, propagated and gathered together before the end. All Orthodox of all nationalities who know what is prophesied in the holy book of Esdras, the enthronement of the last Christian Emperor before the end, are to repent and show the way. 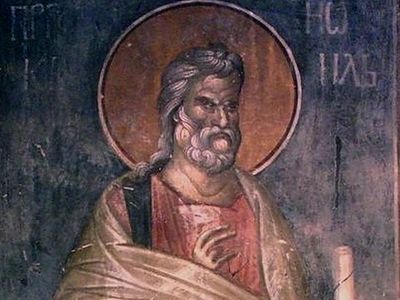 The Favorite Book of Neo-Pentecostals
Deacon Pavel Serzhantov
The book is small, only three chapters of the Old Testament. In the Neo-Pentecostals’ point of view, the book of Joel confirms their way of life.
Комментарии