Schemamonk John Reposes in the Lord 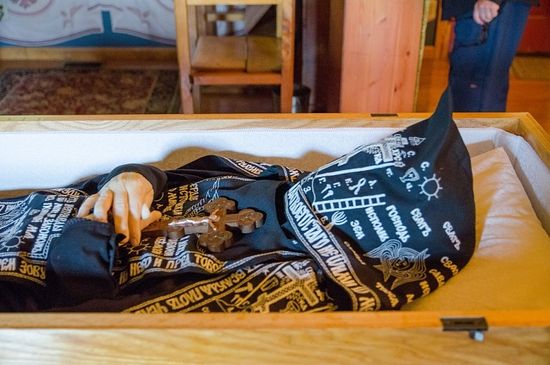 On Sunday, August 9 at 11:50 PM, Schemamonk John peacefully reposed in the Lord at Holy Cross Hermitage in Wayne, West Virgina, as reporte on the hermitage's wesbite. Fr. John had recently returned to the hermitage in order to spend his last days there in peace and repentance. His repose providentially fell on the day of the Great Martyr and healer Panteleimon, the patron of the monastery.

Members of the brotherhood had been with him at all times, and the Canon for the Departure of the Soul was being read as he entered his eternal rest. The entire community gathered around his bedside to sing the first Pannihkida, served by Archimandrite Seraphim, Archdeacon Sergius and the monastic clergy.

Father John’s body was prepared for burial according to monastic tradition—his body was cleaned and dressed in the Great Schema while the Psalter was continuously read. He was carried from the infirmary into the church in a red oak coffin that had been made specially for him by a friend of the monastery. The community continued to read the Psalter over his body until his funeral on Tuesday, August 10, at 11:30 AM—the day on which the Church commemorates Mother of God of Tenderness icon, before which Fr. John had spent his last two weeks deep in prayer.

May God grant his memory to be eternal!

View photos of his funeral and burial here. 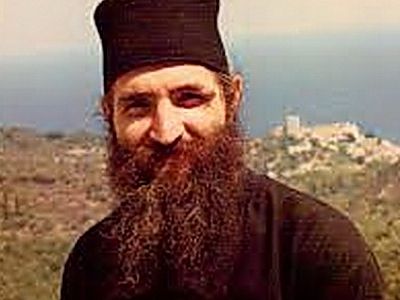 Bishop George of Mayfield: “Church Life Isn’t Black and White” Tatiana Veselkina, Bishop George (Schaefer) I spent my entire life charged with various duties, and I was surprised, especially in the early days of my appointment, that I needed to be honored by other clergymen and laity, and that some felt fear at the presence of a bishop. So becoming a bishop was a revelation to me, and I had to adjust to this way of life. 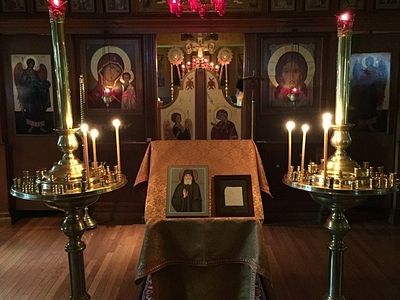 English Service to St. Paisios the Athonite Celebrated at the Hermitage

English Service to St. Paisios the Athonite Celebrated at the Hermitage On the evening of Monday, July 13th, the brethren of the Hermitage of the Holy Cross celebrated the All-Night Vigil in honor of the newly-glorified St. Paisios the Athonite – perhaps the first time anywhere in the world that the service was sung in English. The next morning, on Tuesday the 14th, the Divine Liturgy was served in honor of this great saint of the latter times. 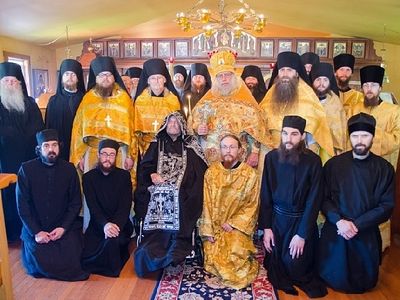 Prayers Requested for Schemamonk John Schemamonk John (Dezorzi) who was a member of the brotherhood of the Holy Cross Hermitage in Wayne, WV from 1998 until 2006 returned to the Hermitage on July 28. After his time in the hermitage Fr. John was a member of several other monasteries, but upon being diagnosed with terminal pancreatic cancer he decided he wanted to spend his last days again at Holy Cross, with the blessing of Metropolitan Hilarion.
Комментарии