How to Conquer Evil With Good

From remembrances of Righteous Alexei

September 16/29 is the commemoration day of the famous Moscow elder in the world, Archpriest Alexei Mechev (1859-1923), rector of the church of St. Nicholas in Klenniki and clairvoyant man of prayer. We present our readers fragments from the new book, Holy Righteous Alexei of Moscow, published by Sretensky Monastery. 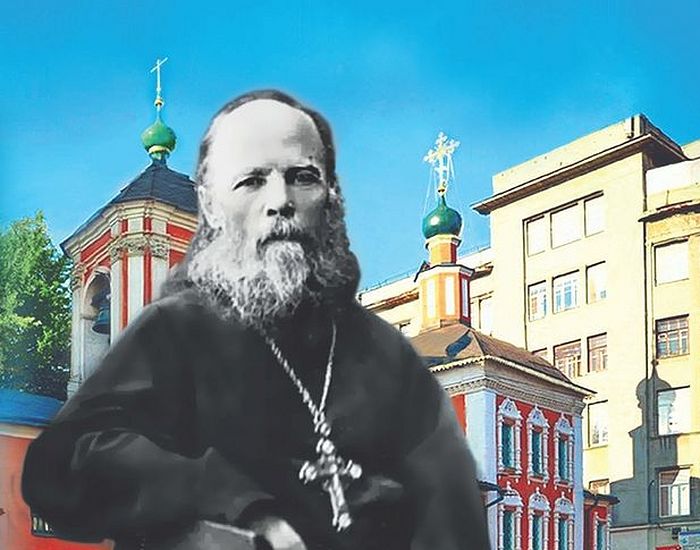 The elder’s spiritual daughter Nun Juliania (Sokolova) related one incident: “Once after the early Liturgy, on a weekday, a drunken, tattered man came up to batiushka [Fr. Alexei]. He was all shaky, and barely able to get out the words, ‘I’ve completely perished, I’m on a binge. My soul has perished… save me, help me… I can’t remember the last time I was sober… I’ve lost my humanity…’ Paying no attention to his despicable appearance, batiushka came very near to him and lovingly looked him in the eye, clasping his hand on his shoulder. ‘My dear, it’s time we stopped drinking wine.’ ‘Help me batiushka dear, pray for me,’ the man replied. Batiushka took him by the right hand and lead him to the ambo, then went into the altar, leaving him there outside it. Opening the curtain behind the royal doors of the main altar dedicated to the Kazan Mother God, solemnly opening the royal doors, he began a moleben, pronouncing with a magnificent voice, ‘Blessed is our God…’ Then, taking the dirty, tattered man by the hand, he placed him right next to himself at the very threshold of the royal doors. Falling to his knees, he began praying fervently and tearfully to the Lord God. The ragamuffin’s clothes were so torn that his body was exposed when he followed after batiushka in making prostrations to the ground. At the end of the moleben, batiushka made the sign of the cross three times over the unfortunate man, and handing him a prosphora, kissed him thrice.

Not long afterward, a decently dressed man came to the candle box, and purchasing a candle asked, ‘How can I see Fr. Alexei?’ When he learned that batiushka was in the church he joyfully expressed the desire to serve a moleben of thanksgiving. Coming out of the altar batiushka exclaimed: ‘Vasily, is it you?!’ The former drunk threw himself at his feet weeping, and batiushka began a moleben. It turns out that Vasily had received a good position and was doing very well.”

Nun Juliania (Sokolova) recalls how batiushka was able to overcome evil with good: “During Matins a whole crowd of students came to batiushka’s church. Batiushka was in the altar and could hear men’s voices, dance melodies. They stormed in so riotously that the frightened acolyte barely finished the Six Psalms. Someone advised batiushka to drive them out, but he only fervently prayed. One of the students broke away from his comrades and went into the altar. Batiushka, standing at the table of oblation, quickly spun around and affectionately met this madcap: ‘How nice to see young people beginning their day with prayer… Did you come to commemorate your parents?’ Struck by such unexpected, heartfelt treatment, the youth was stunned and could only mutter, ‘Ye-e-es …’ 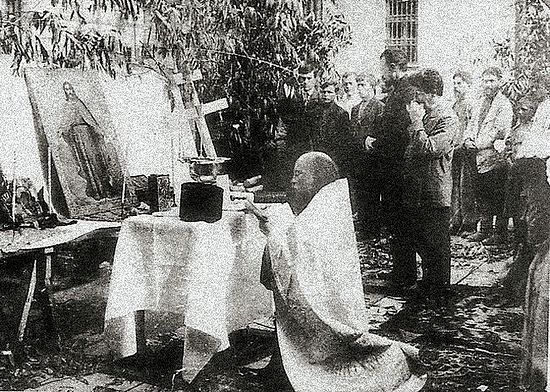 Fr. Alexei Mechev serving a moleben at the founding of the rectory on Maroseika

At the end of Matins batiushka addressed those who had come, reminding these youths, seeking for some great happiness, about their families, about their parents who loved them, who hoped in them to support them once they received an education… He so spoke from his heart, so sincerely and lovingly that they were moved and several began to cry; several stayed to sing the Liturgy and became his friends and fellow-worshipers, and several even his spiritual children. They confessed to batiushka that … they had come to beat him up…”

Fr. Paul Florensky wrote in 1924: “The Maroseika[1] community was in a spiritual sense the daughter of Optina Pustyn: life there was built upon spiritual experience. Fr. Alexei taught by his own life, and everyone around him lived, each in his own way and to the best of his ability, to participate in the growth of the spiritual life of the whole community. Therefore, although the community did not have its own hospital, nevertheless many professors, doctors, nurses, and sisters of mercy—spiritual children of Fr. Alexei—tended to the sick who turned to Fr. Alexei for help. Although there was no school, a number of professors, writers, teachers, and students, also spiritual children of Fr. Alexei, came to help, by their knowledge and connections, those who needed it. Although the community had no organized shelter, all the same the needy and those seeking help were clothed, shod, and fed.”

Fr. Sergius Durilin recalled: “Fr. Nektary, another Optina elder, once asked someone: ‘Why do you come here? You have Fr. Alexei.’ It’s impossible to overestimate the great value of this Optina testimony. In it is expressed the profound unity of Fr. Alexei’s experiential-spiritual path with that tread by Optina eldership, by that source ascending to the great elder Paisius Velichkovsky and through him to Mt. Athos and to the living patristic Tradition of all of Orthodoxy. Fr. Alexei was an Optina elder, only living in Moscow. In this is found the greatest joy and greatest import.”

[1] Fr. Alexei's church is on Maroseika Street in Moscow. 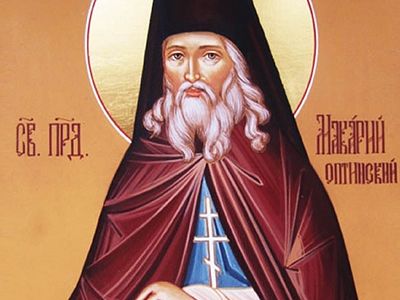 Vision of the True Light: Selected Sayings of St. Macarius of Optina
St. Macarius of Optina
If we truly labor to cleanse our hearts from the passions, then according to the amount that we have purified ourselves, Divine Grace will open our eyes spiritually to the vision of the true Light; for as it is written, blessed are the pure in heart, for they shall see God (Matt. 5:8). This is achieved only through humility, for it is in humility that divine mysteries are revealed. 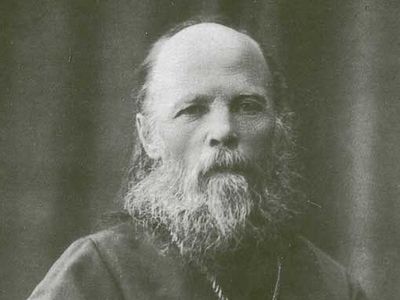 A Pastoral Conscience – Archpriest Alexey Mechev of Moscow
"Come to the grave of this great pastor, a pastor of the Russian Church, and learn from him how to be a pastor ill the world..." 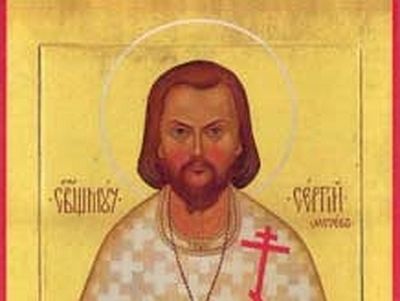 A Pastoral Letter of New Priest-Martyr Sergei Mechev
Written to his flock after the closing of their parish church of St. Nicholas the Wonderworker on Maroseika Street in Moscow
New Martyr Priest Sergei Mechev
Let us enter, beloved ones, into the cells of our souls, into the temple of our spirit, consecrated unto the Lord at the moment of our Baptism and sanctified by Him at the time of our first Communion. This temple of ours—no one can ever destroy it, except we ourselves. In it there is both priest and penitent.
Комментарии