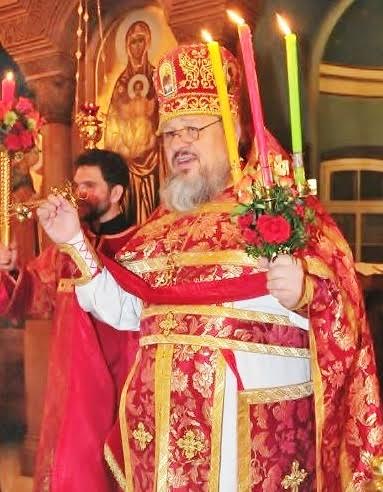 Archimandrite Alexander (Pihach), 64, unexpectedly fell asleep in the Lord on the night of October 7, 2016 while visiting the rectory of Christ the Savior Sobor in Toronto, where he was the guest of Archpriest Vasyl and Matushka Oksana Kolega.

Archimandrite Alexander had faithfully served as Dean of the Orthodox Church in America’s Representation Church of Saint Catherine the Great Martyr and as OCA Representative to the Patriarchate of Moscow since his appointment by the Holy Synod of Bishops on November 30, 2012.

Born Dennis Alexander Pihach in Saskatoon, SK, on June 27, 1952 and raised in an Orthodox Christian family, Archimandrite Alexander graduated from Saint Andrew’s College, Winnipeg, MB, in 1973. He continued his studies in Sociology and Slavic Studies and graduated from the University of Saskatchewan, after which he was employed with Social Services. In 1986, he was ordained to the priesthood in the OCA’s Archdiocese of Canada and assigned to plant a mission in Yorkton, SK—now Saint Mark’s Church—while continuing his employment with Youth Addictions Services.

He was elected Dean of the Manitoba-Saskatchewan Deanery and appointed Chancellor of the Archdiocese of Canada in 1996. Two years later, he was assigned Rector of Saint Herman of Alaska Sobor, Edmonton, AB.

Archimandrite Alexander is survived by two brothers, Terry and Murray Pihach, and his nieces and nephews Andria, Jesse, Bryan, Chantelle, and Genna-Rae.

Additional information and service times will be posted as they are received.

May Archimandrite Alexander’s memory be eternal!