Macedonia wants to give monument of St. Clement of Ochrid to Kiev Caves Lavra 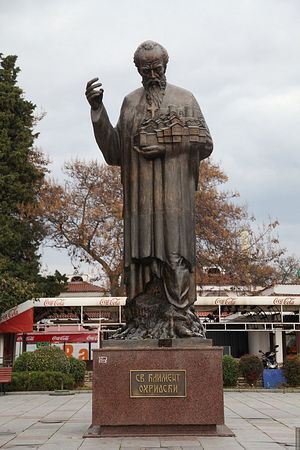 Photo: 2000.ua
Macedonia has expressed the desire to give a monument to the Slavic writer, hierarch, and saint, Clement of Ochrid to Ukraine, possibly to the Holy Dormition Kiev Caves Lavra. This was announced after a meeting of Ukrainian Minister of Culture Eugene Nischuk and Macedonian ambassador Stole Zmejkoski, reports 2000.ua.

“During the meeting we discussed the question of establishing a monument to the pan-Slavic enlightener St. Clement of Ochrid on the territory of the Kiev Caves Lavra, as a gift from Macedonia to the Ukrainian people,” said a source in the Ukrainian ministry.

The question will be decided by UNESCO after examining documentation and sketches to ensure that the monument would not have a negative impact on the state of the ancient Ukrainian monastery. Nischuk assured the ambassador that the Ministry of Culture will facilitate the implementation of the project.

St. Clement (+ 916) was a disciple of Sts. Cyril and Methodius and the first Slavic writer.

After the death of St. Methodius he fled from the Latin persecution into Bulgaria. Bulgarian Prince Boris I sent St. Clement to preach in the western part of the first Bulgarian Kingdom, particularly to Kutmicevica and Ochrid. There he established the Ochrid literary school, one of the oldest cultural centers of the Bulgarian Kingdom in the Balkans. He was unanimously elected the first “Bishop of the Slavic Language” at the national council of 893.

Tsar Simeon made Clement the bishop of Wieliczka, and according to some he later became bishop of Belgrade. He was the first Bulgarian hierarch to serve, preach, and write in the Slavic language. 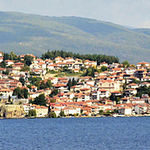 Konstantinos Andrikopoulos20 февраля 2017, 23:00
FYRoM is the official name of this country.
×