The Church has never belittled the role of women—Met. Hilarion 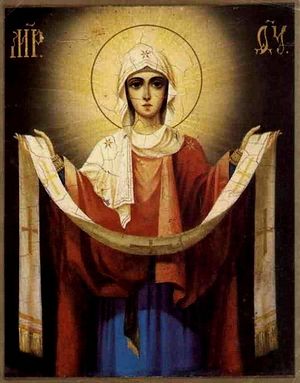 Photo: p3.storage.canalblog.com
Talk of discrimination against women in the Church is unfounded, Metropolitan Hilarion (Alfeyev) of the Department for External Church Relations stated on Thursday at a meeting of the diplomatic club of the Diplomatic Academy of the Russian Foreign Ministry, Interfax-Religion reports.

“Sometimes in regards to the Orthodox Church, especially from a liberal Protestant perspective, accusations are voiced that we do not value women highly enough, that we preserve a patriarchal order, in that all of our priests and bishops are men, the patriarch is a man, while in some Protestant confessions this has all changed,” Met. Hilarion noted.

“From the moment the Church was created by Jesus Christ and His apostles, the priestly service has belonged to men, but, for example, only a woman can lead a women’s monastery, where not only the nuns, but even the priests serving there are in submission to her,” the prelate stated.

Moreover, today in the Orthodox Church, His Eminence noted, there are many women working in leadership positions.