Saint Elias and the Power of Prayer 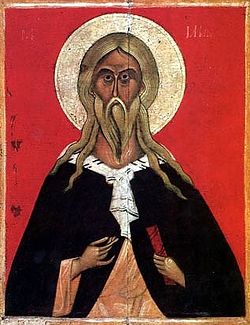 On the Feast of St. Elias the Prophet, we read these words from the 5th chapter of the Universal Epistle of St. James the Apostle: "The fervent prayer of a holy man is powerful indeed" (James 5:16). The reason these words are read on the Feast Day of St. Elias is because the holy man St. James spoke about who prayed fervently, with great zeal and intense feeling, was St. Elias the Prophet. St. James then proceeds to tell just how powerful the prayers of the holy St. Elias were.

Elias prayed with deep faith, zeal and intense feeling to God for a drought in order to punish King Ahab, Queen Jezebel and the people of Israel who had turned their backs on the Lord God in order to worship the obscene pagan god, Baal. Elias' prayer was so fervent that the Lord immediately answered Elias by sending a drought and famine, which would last for 3 years and 6 months. The prayers of St. Elias, which were offered with zeal, faith and intensity, were answered by God with powerful results on several other occasions as well.

God told Elias to flee from the wrath of King Ahab, who was angry with Elias because he prayed for the drought and famine as punishment for Ahab's worship of Baal. Elias was instructed to go to a place called Serepta and stay there with a poor widow and her young son. Because the poor widow was kind to St. Elias, sharing with him the last bit of corn meal and oil she had left to live on during the famine, God answered the intense prayer of Elias to help the woman and her son. God multiplied the contents of her containers of corn meal and oil so that they never went empty. Neither the widow, her son, nor St. Elias went hungry.

On another occasion, the widow's young son became ill and died. The prayers of the holy and righteous prophet Elias, asking God to restore the boy to life, were again answered with powerful results. The boy was restored to life and Elias gave him back to his mother in good health. On yet another occasion, St. Elias challenged the priests of the pagan god Baal to a contest to see if our God or Baal was the one true God. Again the prayers of the holy Elias would be answered with powerful results. The holy prophet Elias prayed with all his might for God to send fire from heaven to burn the sacrifice of a bull he had prepared to offer to the Lord, to prove to the sinful people of Israel that the Lord, not Baal, was the true God. Fire immediately came down from heaven, burning not only the bull, but also the wood, the stone altar and all the water Elias had ordered to be poured over the sacrifice. The priests of Baal failed in their attempt to call down fire from their false god. Still another powerful thing occurred as a result of the zealous prayers of Elias. When the Israelites saw the fire come down from heaven due to the prayer of Elias, they stopped worshiping Baal and they began to worship the Lord God again by proclaiming: "The Lord, He is God; the Lord, He is God" (1 Kings 18:39). The prayers of Elias brought the children of Israel back to the Lord their God and away from eternal punishment.

The prayers of St. Elias were indeed powerful in their effects for several reasons. First, Elias was a holy man who remained faithful to God in defiance of King Ahab who ordered the Israelites to worship Baal. His faith was so great that the prophet never doubted God's ability or willingness to answer his prayers. Second, Elias' prayers were offered with fervor. Elias prayed with great zeal and with intense feelings of love for God rather than rattling off words out of habit or from memory without any feelings of love for God. Third, Elias did not pray for earthly riches or to feather his own nest. He prayed for spiritual things; that God would reveal His glory to Israel with the result being that the Israelites would turn away from idol worship and wickedness; turning back to the Lord their God and living according to His righteous commandments. Elias' prayers were also offered to God for the spiritual and material benefit of others and not for himself; namely that God would be merciful to the poor widow, her son and to the sinful people of Israel.

If we pray as holy people pray, fervently, that God will fulfill all those petitions of us His servants that are truly for our benefit and the benefit of others, then God will answer our prayers with powerful results. If we pray like Elias for what we really need, that God will give us in this world the knowledge of His Divine truths and give us life eternal in the world to come (Prayer of the 3rd antiphon), then God will answer our prayers with powerful results. How do we know this will happen? Because the Lord assures us in the Holy Scriptures that "the fervent prayer(s) (of holy people are) powerful indeed" (James 5:16).