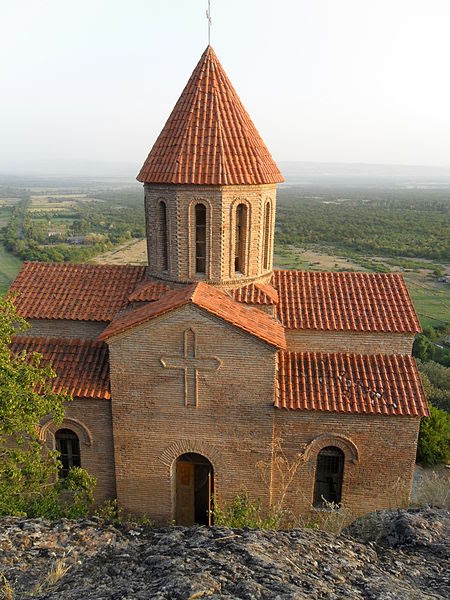 Parishioners of the two Georgian Orthodox parishes which the government allows to exist remain without a priest, seven months after their previous priest was denied re-entry to Azerbaijan. "There is no news for us to be joyful about," a Georgian diplomat familiar with the negotiations told Forum 18 News Service. The State Committee has yet to allow Georgian citizen Fr Petre Khumarashvili to begin serving in Azerbaijan. The regional State Committee representative repeatedly refused to give Forum 18 any date for permission to be given or explain why it has been withheld so far.

Seven months with no resident priest

The Georgian Orthodox Church's only two parishes allowed to exist in the country – St George's Church in Gakh and St Nino's Church in the nearby village of Alibeyli – are still without a resident priest, the Georgian diplomat told Forum 18. Documents for a new priest, Georgian citizen Fr Petre Khumarashvili, have been lodged with the State Committee in Baku, the diplomat added. "We are waiting for an answer."

Azerbaijan's State Border Service suddenly denied re-entry to Azerbaijan in June 2015 with no explanation to the parishes' previous priest - Fr Demetre (secular name Levan Tetruashvili), who had previously been allowed to serve in Azerbaijan. A Georgian citizen, he was also the bishop-designate for the Georgian Church's new Azerbaijan Diocese created in 2014. Officials claimed afterwards that they cannot allow a foreign citizen to lead a religious community, despite the fact that other religious communities are led by foreign citizens with no problem.

The Georgian Orthodox Church has long struggled to gain permission to re-open churches in Azerbaijan.

The State Committee's persistent refusal to allow a new priest meant that the parishes had no opportunity to hold liturgies to celebrate the feast of Christmas on 7 January. Bishop Demetre Kapanadze of the Diocese of Khornabuji and Hereti (who has oversight of Azerbaijan's parishes) had told Forum 18 from neighbouring Georgia in December 2015 of his hopes that the problem would have been resolved by Christmas.

Bishop Demetre was able to visit the Gakh parishes on St George's day, 23 November 2015, and serve the liturgy in the churches. He also took the opportunity to conduct weddings and baptisms, which had had to be postponed in the absence of a priest.

Neither the bishop nor other clergy have been able to visit the parishes again since the November 2015 visit, the Georgian diplomat lamented to Forum 18.

Mehman Ismayilov, senior north-west regional official for the State Committee, who is based in Zakatala [Zaqatala], insisted to Forum 18 on 26 January 2016 that a Georgian Orthodox priest will be allowed to serve in Gakh once again. However, he repeatedly refused to give any date for permission to be given or to explain why it has been withheld so far.

The refusal of the press office at the State Committee in Baku to answer any questions also meant Forum 18 was unable to find out what is preventing the State Committee allowing Fr Khumarashvili or any other priest chosen by the Georgian Orthodox Church from serving in the Gakh parishes. 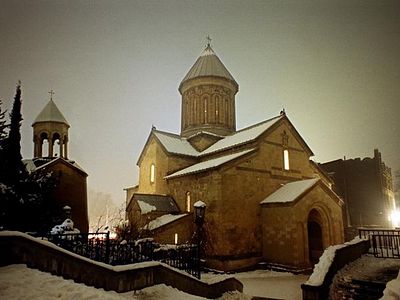 Azerbaijan to Warm Georgian and Armenian Churches The Azerbaijan State Oil Company SOCAR has taken on a free long-term commitment to supply natural gas to all the churches and monasteries located on the territory of Georgia. The decision is very important, because many of the monasteries and churches are located in the highlands, where not only in winter, but even in spring and autumn, and sometimes in the summer it is extremely cold. 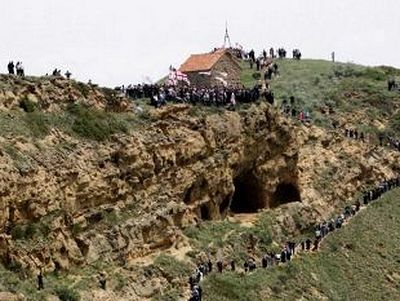 Pilgrims allowed back into Azerbaijan monastery

Pilgrims allowed back into Azerbaijan monastery Pilgrims to one of former Soviet Georgia’s most renowned monasteries, part of which lies in Azerbaijan, are again able to visit the entire complex after an agreement between two countries. 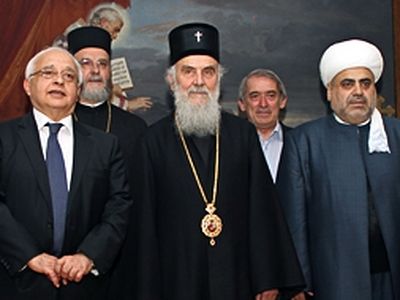